Men's briefs are a popular men's underwear style, but sometimes the fuller cut of a brief is still a bit too much material. If you want a lower profile and sexier version of a brief then you might think about looking for a men's bikini. The Private Structure Underwear Soho Military Mini Brief is somewhere in between a brief and a bikini brief.
The Private Structure Soho Military Mini Brief  is not as low profile as a true bikini cut, it cuts a little wider and fuller on the legs than the traditional bikini brief. Because it is a slightly fuller design it gives you comfort and support all day long. Its low-rise on the waist with a wide elasticated waistband. The contour pouch has a central seam for support and definition. Either side of the solid material pouch are a sports mesh camouflage panels that run around the outside to the rear.
Private Structure Soho Military Mini Briefs are made from an microfiber fabric that is made from 82% Nylon / 18% Spandex. A solid pouch with sports mesh on the remainder of the briefs. Available in either Camo Grey or Camo Orange.
If you looking for stylish and comfortable men's underwear that you can wear all day? Then the Private Structure Soho Military Mini Brief is the new men's underwear you have been looking for!
Sizing Information 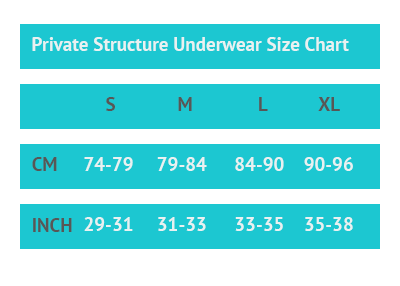