The choice of men's underwear styles continues to grow and as the idea of gender becomes more fluid there is more crossover between what was considered to be traditional male and female underwear styles. But the idea of men wearing lingerie or even the idea of lingerie designed for specifically for men is not new. Here at Manhood Undies we pride ourselves on providing the full range of underwear for men. If you're looking for a sexy male lingerie style bra top and mens thong then you are going to love the Pikante Underwear Personality Harness Top & Thong
The Pikante Underwear Personality Harness Top & Thong includes a cropped tank top style bra top and a mens thong style bottoms. The bra top is cropped with a narrow elasticated band than runs around your body. Five straps run up from the lower strap and join a strap that runs around the upper part of the chest and over the shoulders.  The two straps join the lower strap that has a bra like clasp at the back. The male thong style bottoms are low-rise on the waist with a narrow waistband. A second band comes off the sides of the the triangular sheer material cup style pouch to join the upper part of the thong rear.
This male bra and panty thong set is made from a microfiber material that is 94% Nylon / 6% Elastane with sheer see-through material on the front and rear. This male lingerie set is available in a choice of Black, Red or White.
If you are making your first foray into the world of sexy mens lingerie then you can't go wrong with this male bra and thong set. It combines the look sexy sheer lingerie style with a masculine strap design on the top to create some naughty mens lingerie style underwear.
Sizing Information 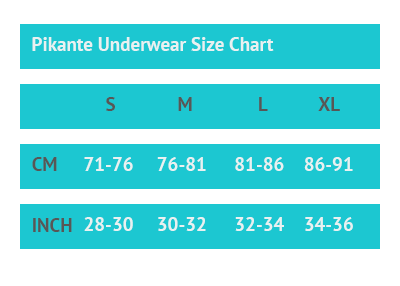